Quality parts shipped straight from Japan at the best prices on the web. Contact us today for pricing from our parts specialists. 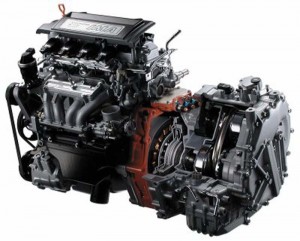 Honda makes a hybrid version of the Civic. Called The Honda Civic Hybrid FD3, it was introduced to America in 2003 as a seventh generation Civic. California’s Air Resources Board documented The 2003 model as the first Japanese hybrid car to pass and become certified as an Advanced Technology Partial Zero- Emissions Vehicle [AT-PZEV].

This is not an easy setup to decipher or figure out which combination is exactly the same as the one you need. The experts at JapaneseEnginesForSale.com have been trained in the subject of Honda Civic Hybrid Engines for Sale, in order to serve you better, call right now if you want to talk to a human being.

The second generation Civic Hybrid is designed on the eighth generation Civic chassis. The Civic hybrid ranks as the second best selling electric hybrid car in the U.S. The engine we want to concentrate on mostly is the gasoline powered assist engine.

The engine is a 1.3 liter LDA series inline 4 cylinder SOHC gas engine.
1. For maximum economy the engine is fitted with 2 spark plugs per cylinder,
2. i-DSI lean burn internal combustion engine with VTEC Cylinder Cut Off system allowing 3 cylinders to deactivate during deceleration.
3. Idle stop, a feature that shuts down the gasoline engine automatically at a a stop and starts it immediately when commanded for use.

The electric assist motor is sandwiched between the gas engine and transmission, making about 13 horsepower. Using a PCU [power control unit] and several other improvements like internal magnetic coils in the ultra-thin DC brush-less motor, which claims to have the world’s highest output density and practical efficiency, achieving up to 30% greater assisting and regenerative breaking torque than the early models.

The Honda Insight is a parallel hybrid, which is only one type of hybrid setup in use nowadays. I don’t claim to be an expert in any one particular type of setup. But if you happen to have a problem with your hybrid engine, it would serve you well to enlist the help of the representatives at JapaneseEnginesForSale.com and allow them to explain everything you need to know about the Civic Hybrid in terms you will understand.

Remember, this is a complicated and possibly expensive subject, and a smart consumer will not buy by price alone. A smart consumer will investigate the matter and buy the best solution, which costs less in the short and long run. Call and get your best price and best value along with an iron clad guarantee.